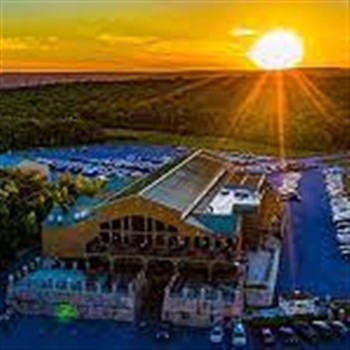 Celebrate Iconic Celebrities in one of two tribute shows - Johnny Cash or Kenny and Dolly!

The Lehigh Valley & Pocono Mountains premier entertainment venue located in Jim Thorpe, PA!  Penn's Peak is a beautiful mountaintop entertainment venue that will comfortably host our group for two Matinee Show this fall. Enjoy the beautiful drive to Jim Thorpe during Fall Folliage season.  The colorful scenery will take your breath away.

Boy in Black - Johnny Cash.  Wednesday, September 28
Anthony Caserta is an all-American patriotic boy from a small rural oil worker built town called Trainer, Pennsylvania. Born in 1995, Anthony first attained great aspiration for the man in black at the early age of seven. Hypnotized by the music and Cash’s powerful messages, Caserta started Boy in Black in 2007 and has since been captivating audiences all over with charisma so genuine and humble that it proves him beyond his years. Caserta puts on an extremely accurate and authentic Johnny Cash show covering Cash's early career at sun records to his Prison concert era of the late 1960s, and his American Recording sessions with Rick Rubin of the 90s. Anthony also writes and performs his own original music that is inspired by the likes of Johnny Cash, Mike Ness, Bruce Springsteen and many more influential artists of the 20th century.

Islands in the Stream - A Tribute to Dolly & Kenny. Thursday, October 13
“Islands in the Stream” brings together Karen Hester as Dolly Parton and Dave Karl as Kenny Rogers to recreate the onstage magic of two superstars!  This high energy, fun loving performance will entertain audience members and make them feel as if Dolly and Kenny are right there in front of them!  From the moment they hit the stage, the audience will be blown away by their phenomenal vocals, stage presence and ability to truly look like Dolly and Kenny.  They have captured the essence of these 2 larger than life entertainers in every aspect!

Package Includes: Deluxe motorcoach transportation, luncheon at Penn's Peak, and show of your choice - "Islands in the Stream - A Tribute to Dolly & Kenny" or "Boy in Black - Johnny Cash Tribute Band."

It is not possible to display the map. This may be due to Google Maps not being supported in your browser.

Search The location was not found

There are currently no departures available on this tour.

The website timed out while searching for the departure dates. Please try again.