The Klein family started in passenger transportation in 1957 when John Klein became the school bus contractor for Daniel Boone School District. William Klein, John's son, took over the operation in the early 1960's until his death in 2000. In 1979, authority from Pennsylvania Public Utility Commission was granted to operate as a Public Carrier. At that time, Bill's wife, Mary started to plan tours for friends and family, which started Klein Tours. Mary retired from the daily responsibilities of the business in January of 1999. Upon Mary's passing in November of 2008, their son Wayne obtained ownership of the company. Wayne had been President of the company since his parents' retirement in 1999. In early 2021, the fourth generation of the Klein famly is now at the helm as Alison Klein Sherman has been promoted to President, and Wayne will lead the company as Chief Executive Officer.

The family is proud to have their name associated with their service. This gives an added incentive to offer the best service to every customer. The office staff, escorts and motorcoach drivers work together to provide friendly, personable service. Klein mechanics keep the fleet of 14 motorcoaches in top condition. We are celebrating 60 years experience of safely transporting passengers in the motorcoach industry. The patronage of our customers and the superior service offered by Klein employees enables Klein Transportation to continue to offer the services you have come to know and trust. Thank you for your continued patronage and friendship. 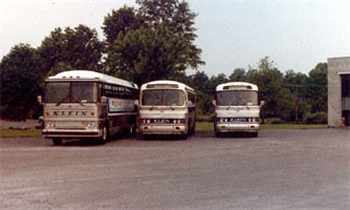 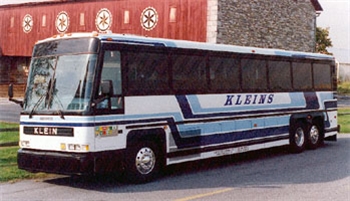 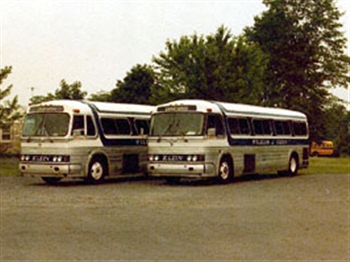